Tumors apparently identical at the microscopic observation can have entirely different clinical behaviors in terms of survival and response to treatment, on the basis of their specific molecular alterations. The modern personalized medicine can arrest the progress of the disease by means of drugs able to target specific pathologically modified proteins.

The transformation of a population of cells from normal to tumor occurs gradually, through the progressive accumulation of several gene mutations transmitted from a mother cell to daughter cells. Some of these modified genes give origin to proteins able to increase the proliferative ability of the cells, whereas others allow tumor cells to invade the near tissues and to colonize distant organs, causing the death of the patient.

As consequence of a progressive heterogeneity, tumor cells and molecules acquire specific abilities, but, like the different instruments in an orchestra, interplay in a highly regulated dialogue necessary to favor malignancy. The genome/transcriptome of the tumor micro-environment, divided in its components, is essential for understanding progression to metastatic disease.

Understanding this evolution allows to develop new molecular targeted drugs and to optimize the actual therapeutic treatments. Chiara Maria Mazzanti’s research is dedicated in mapping the cellular networks perturbed during cancer progression by systematic, high-throughput, genome-wide analysis at both the DNA and mRNA level.

Recently Dr. Mazzanti has also undertaken the set up of in vitro 3D models of primary tumors. Primary tumor organoids grown in three-dimensional culture provide an excellent platform for studying tumor progression, invasion, and drug response. Organoids contain all components of the original tissue, including malignant epithelial cells, endothelial cells, leukocytes, and fibroblasts. Three-dimensional organoid cultures recapitulate in vivo tissue structural organization, functional differentiation, chemical and mechanical signals, and therefore, may be more physiologically relevant than 2D cultures of primary or immortalized cells. In this context one of the FPS grants 2018 has been assigned to the study of drug tumor responsiveness, through optical imaging of organoids metabolic changes induced by drug treatment.

Chiara Maria Mazzanti received from the University of Pisa her Master’s degree in Biological Sciences and her PhD in Experimental Oncology. She spent many years abroad, at the Laboratory of Human Neurogenetics, NIAAA, NIH, Bethesda MD, USA, at the Advanced Technology Center National Cancer Institute of Health (NCI/NIH), and at the Laboratory of Human Cytogenetics, Cancer Research UK London Research Institute, London, UK. Recently she got her Specialization in Clinical Pathology at the University of Pisa. 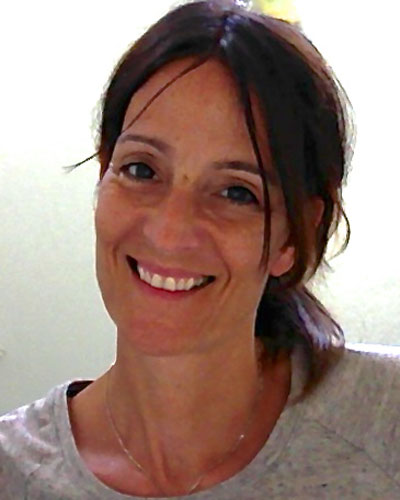